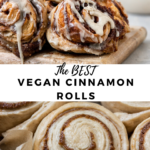 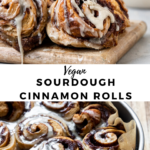 This is a sponsored post in partnership with Red Star Yeast and I was compensated to attend this event.  The opinions and text are all my own. Thank you for your support!

What Is Platinum Instant Sourdough Yeast?

To put it simply, Platinum Instant Sourdough Yeast is the flavor of an authentic sourdough culture – with the convenience of yeast! It is made by combining Red Star's Platinum Yeast with a deactivated sourdough starter. You have the rising power of yeast with the flavor of real sourdough.

It's sourdough made simple!

How Do I Bake With Platinum Instant Sourdough?

Though the packet is bigger (18g), it contains the same amount of active yeast as a 7g packet of normal yeast.

The deactivated sourdough rye culture is what makes up the rest of the packet. It's simply a 1:1 substitution for a normal packet of yeast in any recipe and each packet can rise up to 4 cups of flour. It's not meant to replace a normal sourdough starter though, so only use it in recipes where yeast is required!

Now that you know more about Platinum Instant Sourdough, it's time to bake some unbelievable melt-in-your-mouth vegan & eggless cinnamon rolls!  I know cinnamon rolls can seem intimidating, but this yeast really makes them fail-proof.

A standing mixer with a bread hook is my preferred way to knead bread, however, you can knead any dough by hand. If kneading by hand, mix the dough in a bowl to form a thick dough, then remove and knead by hand.

How Do I know the Dough is Ready for The First Rise?

One: The dough will be stretchy and will no longer be sticking to the sides of a mixing bowl.

Two: The dough will spring back when you press into it.

Three: The Gluten Window aka the dough will not tear easily when stretched. This is a trick I learned from the Red Star Yeast team!

Red Star Yeast says it best. For the best flavor, let your dough rise in a warm place. Make sure to oil the dough and cover it to avoid it drying out.

While I recommend 1-2 hours for the first rise, the time it takes totally depends on your environment. You will know the first rise is complete when the dough has doubled in size. Also, if pressing into the dough leaves an indent without the dough springing back, your dough has been proofed.

Step 3: Roll Out The Dough

For vegan sourdough cinnamon rolls, I prefer to use a wooden rolling pin. I roll my dough out into a ¼-1/2 inch thick rectangle.

Step 4: Load on the Filling, Roll, and Slice

Next comes the best part- cinnamon sugar filling! My best tip? Use room temperature vegan butter NOT melted butter. This will make your rolls much easier to roll up and slice as the filling won't pour out. To slice the cinnamon rolls use a very sharp knife.

If you're like me and can't wait until the next morning to eat your cinnamon rolls, just let them rise in a warm place for 30 minutes-1 hour before baking. If you want to bake your rolls in the morning, simply place them into your desired pan (I love baking in a cast-iron skillet or cake pan covered in parchment paper), cover, and let the buns sit in the fridge overnight. After 6+ hours, you'll be ready to bake!

350F is my ideal bun baking temperature for any cinnamon roll recipe! I bake these buns for 30-35 minutes but make sure they are cooked through before removing as oven temperatures may vary.

We all know cinnamon rolls are not complete without the vanilla bean glaze. After glazing, there's only one step left. EAT!

Can this recipe be made with a sourdough starter?

The best part is these vegan cinnamon rolls can be made with any yeast and still taste amazing!

In addition to making vegan sourdough cinnamon rolls, I'd also suggest trying out these cinnamon roll recipes. Simply substitute any 7 gram (2 ¼ tsp) packet of yeast with one entire packet of Platinum Instant Sourdough Yeast in any of these recipes: