Are you craving cupcakes, but want to keep them vegan, dairy-free, & eggless? If so, this list of 15 of the BEST Vegan Cupcake recipes has you covered. While we do have our basics covered here for vanilla and chocolate, this list is really here to give you NEW and exciting cupcake flavors you haven't tried before.

What are vegan cupcakes made of?

Before we jump into the recipes, let's quickly go over the basic ingredients you need to make any vegan cupcake recipe:

You may notice, there is no need for an egg replacement in there. That's because, believe it or not, most vegan cupcake recipes don't need an egg substitute if made correctly. How cool is that?!

All of these recipes do have slight variations and some require more ingredients than what is listed above. However, if you have the ingredients above, you are well on your way to being able to make many of the cupcakes below. Enjoy! 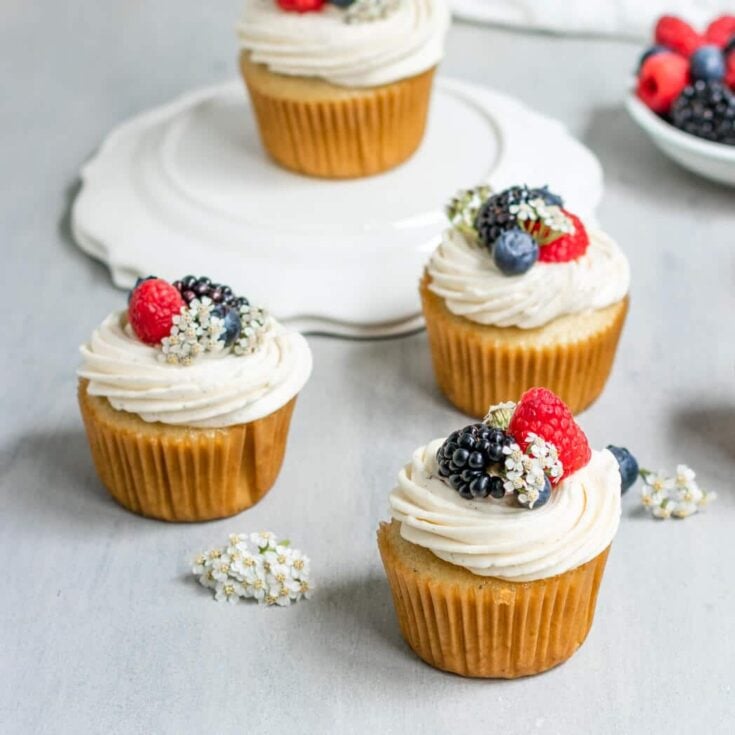 The best Vegan Vanilla Cupcakes topped with vegan vanilla buttercream and delicious fresh blueberries, raspberries, and blackberries. This is really the only vanilla cupcake recipe you will ever need! 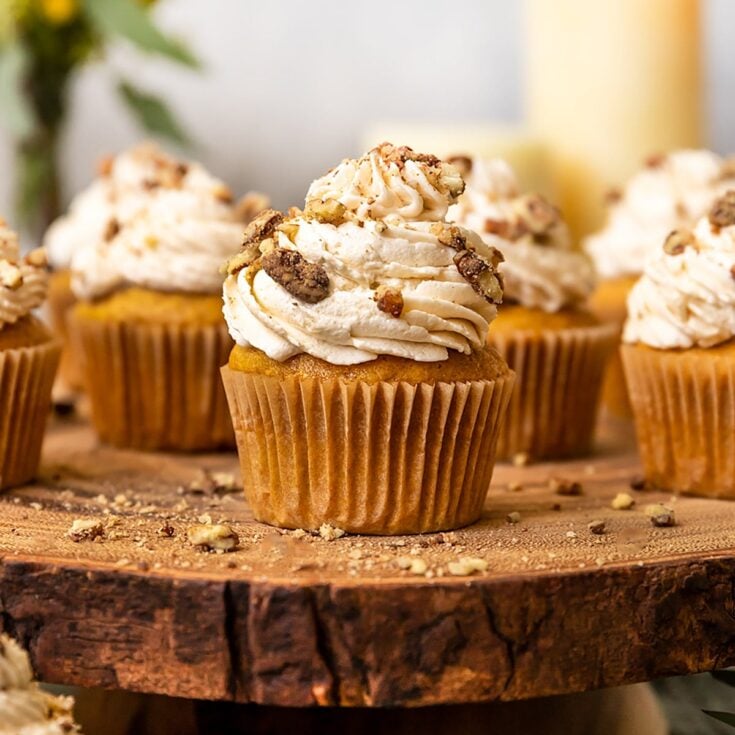 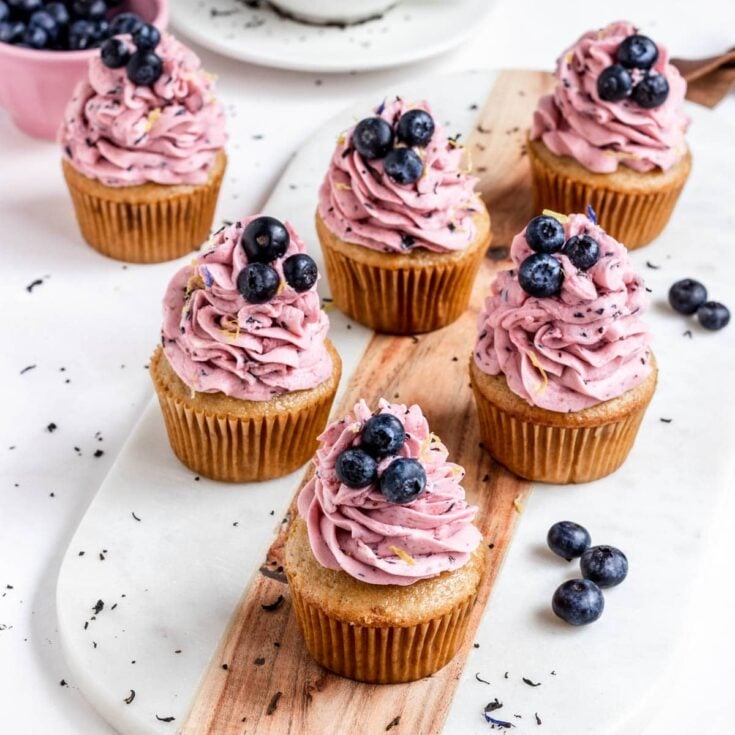 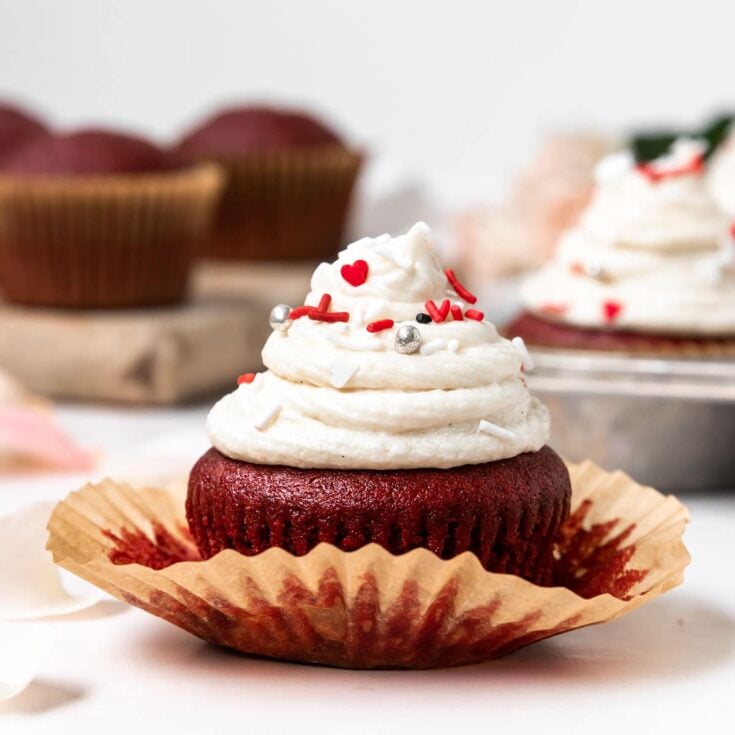 Perfectly moist vegan red velvet cupcakes topped with a homemade vegan cream cheese frosting! Doesn't get better than this for a fun treat to share with a loved one. 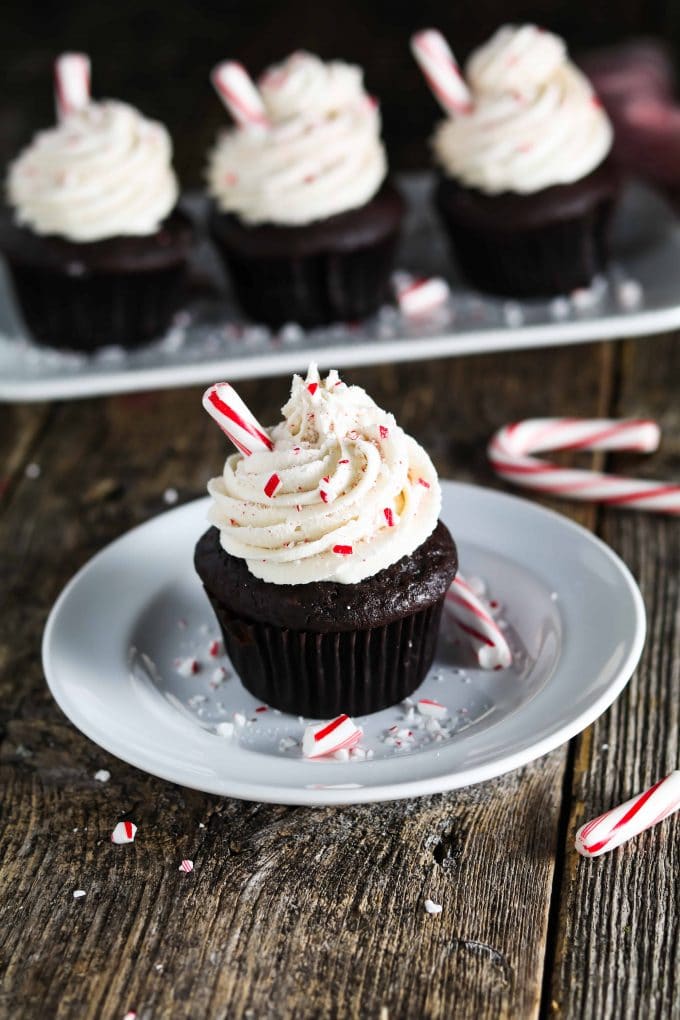 Nothing says “It’s the holidays” better than chocolate and peppermint together! These Chocolate Peppermint Cupcakes are filled with festive vibes and need to be in your life this season. 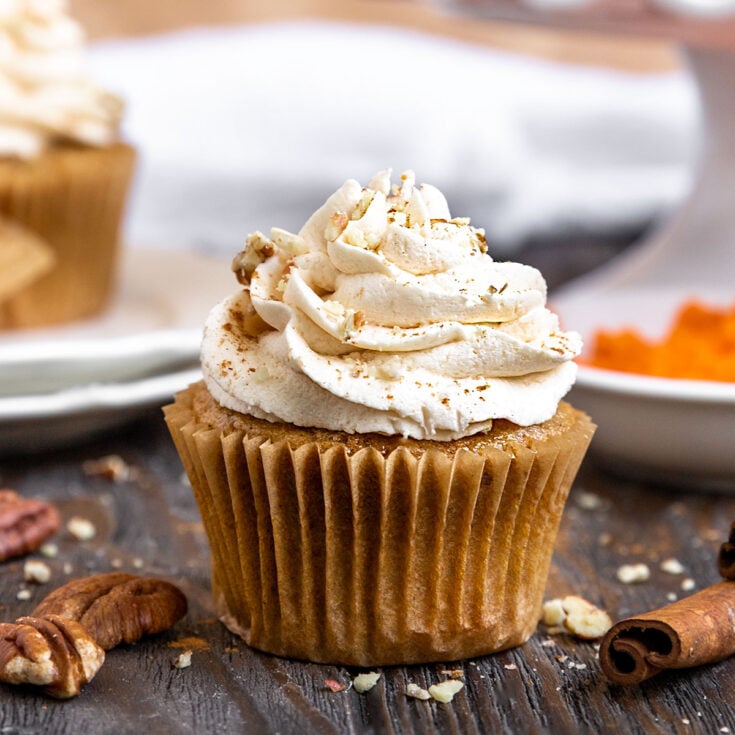 Olive oil makes these lemon cupcakes SO moist and tender. Plus, a delicious vanilla bean frosting is the perfect compliment to these delicious tangy cupcakes. 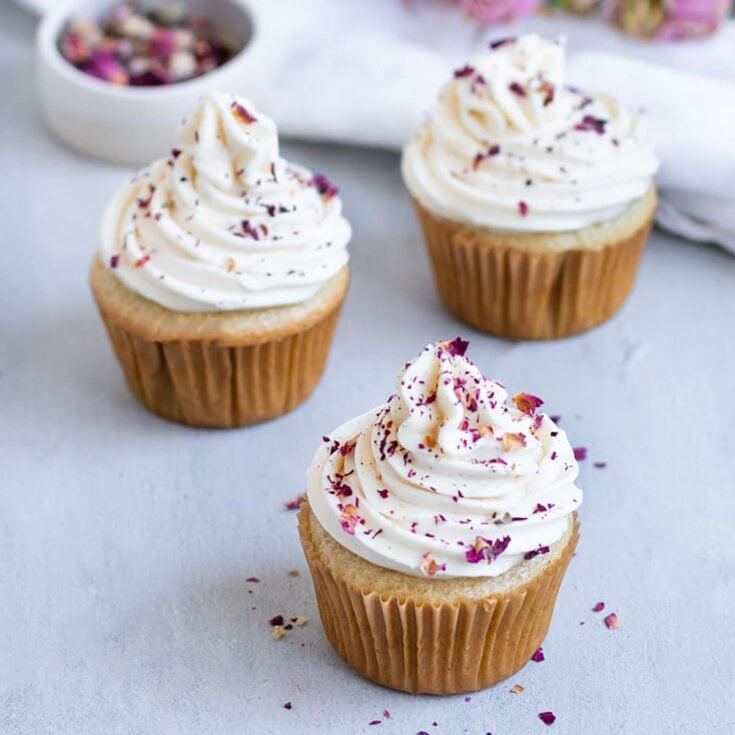 Fluffy vanilla cardamom cupcakes are topped with a rose flavored vegan frosting for a cupcake just as tasty as it is elegant. 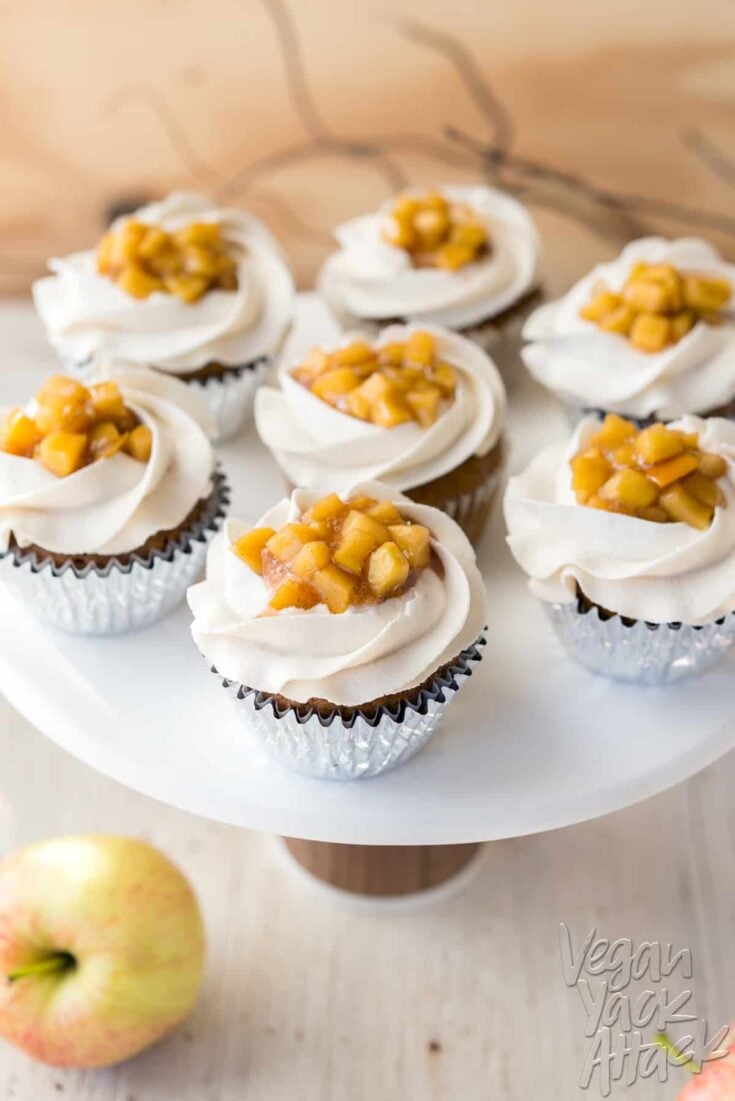 Apple Pie Cinnamon Cupcakes with Vanilla Buttercream frosting are perfect while apples are in season! 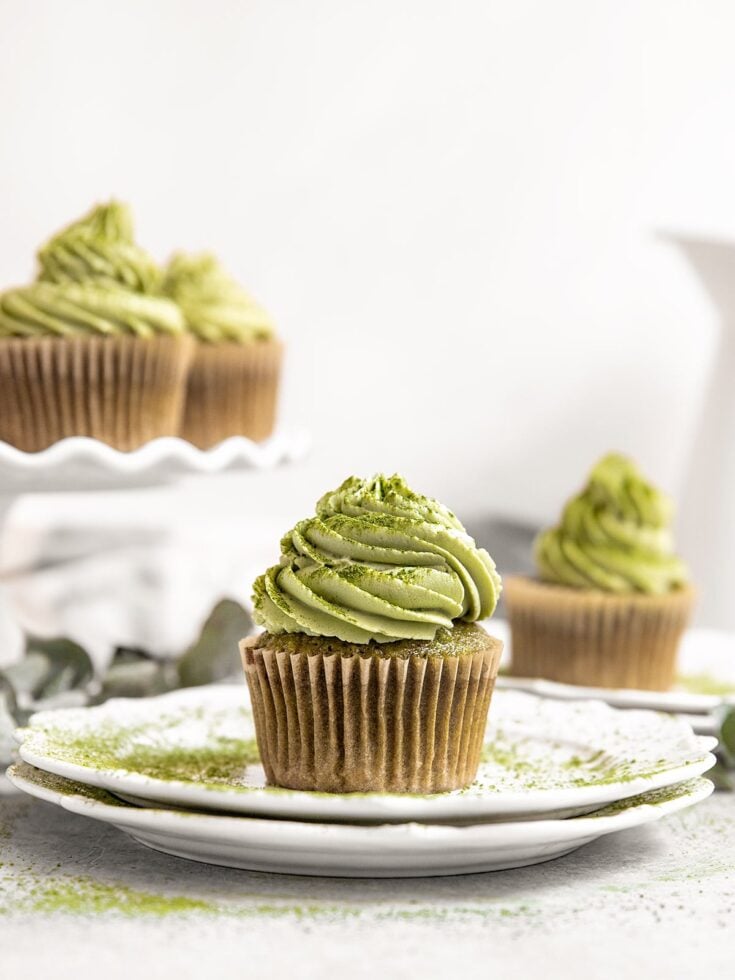 Matcha Green Tea cupcakes that are perfectly earthy, sweet, and topped with the best matcha buttercream frosting. A definite MUST for matcha lovers! 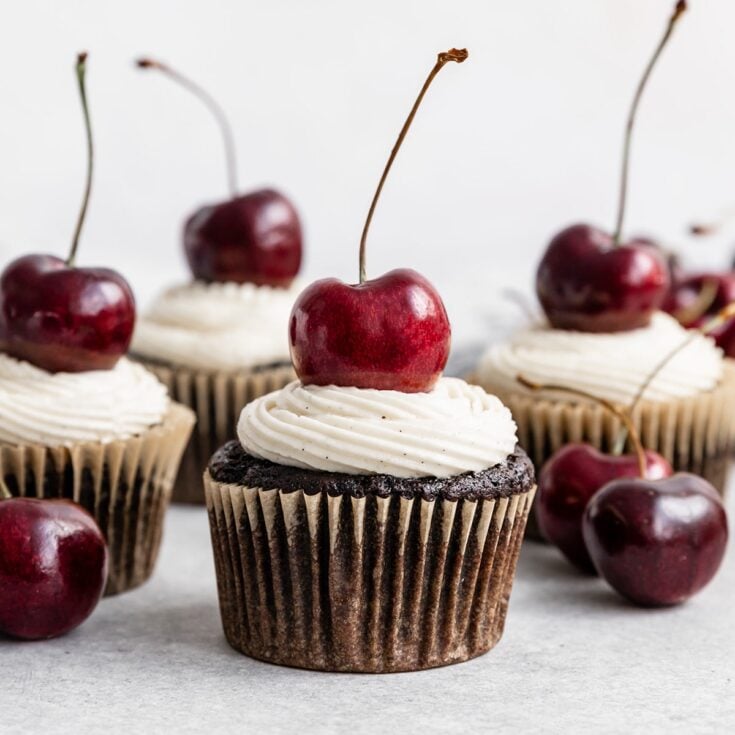 Soft & Fluffy Chocolate Cherry Cupcakes filled with a homemade cherry purée, topped with a vegan vanilla frosting, & finished with a cherry on top! 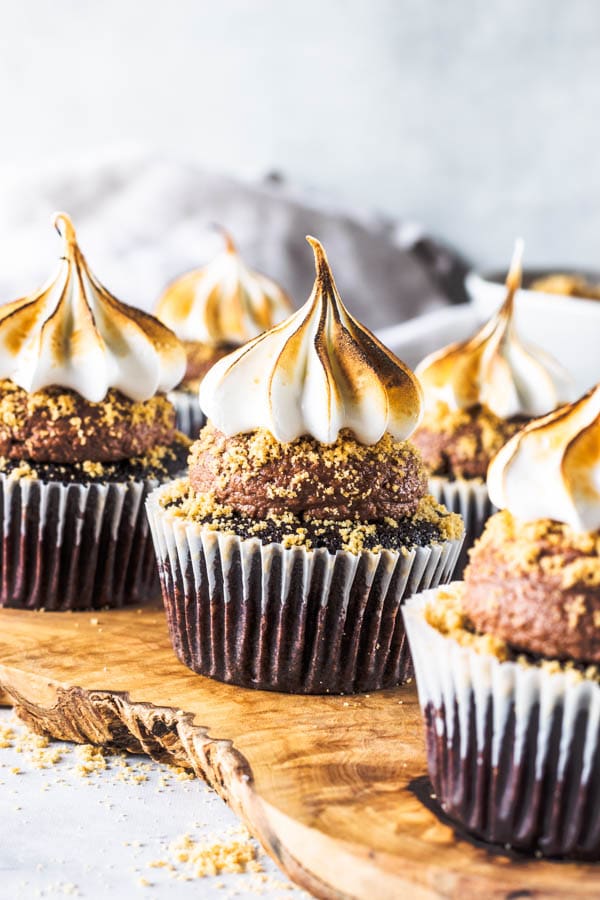 Who doesn't want a bite of these deliciously irresistible s'mores cupcakes?! 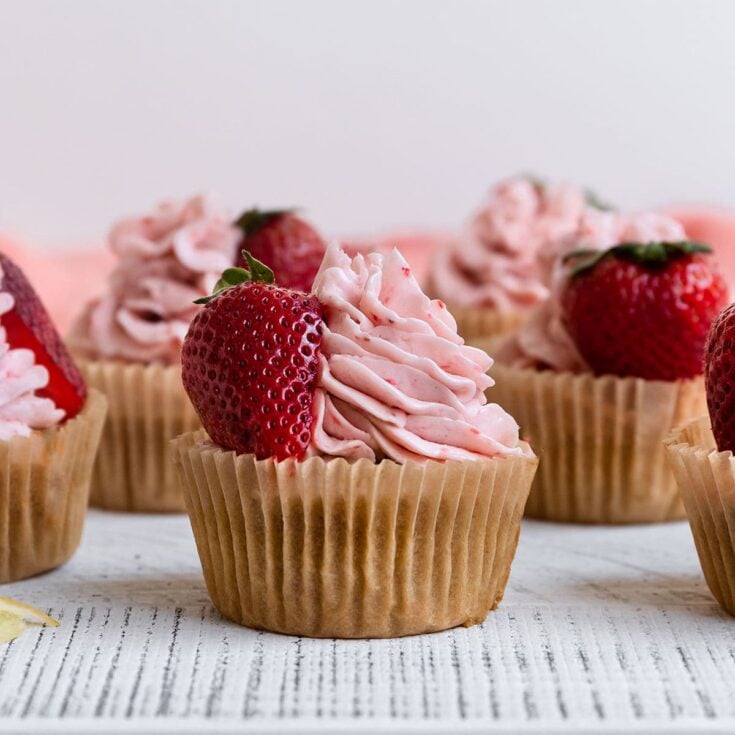 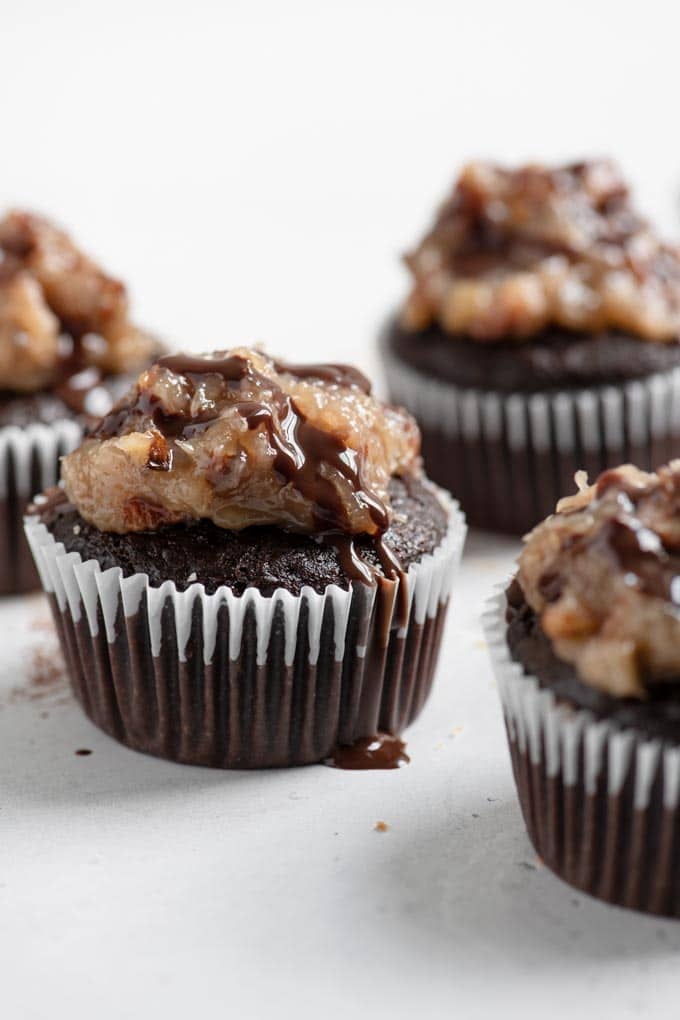 These vegan German chocolate cupcakes are made with a rich chocolatey cupcake and an indulgent coconut pecan caramel custard frosting. Drizzle some chocolate over for a beautiful finish! 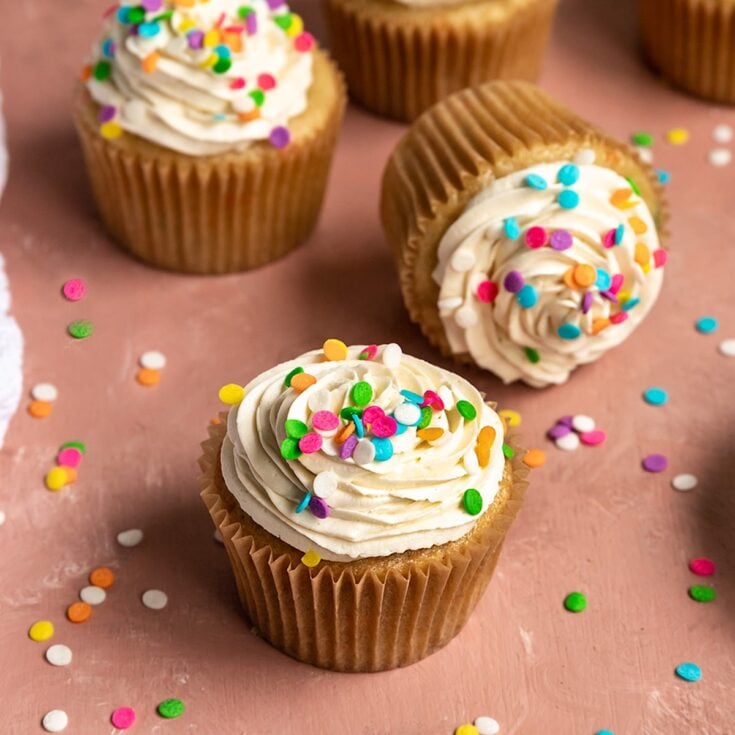 Enjoy these vegan cupcake recipes! When you're done, don't forget to check out the rest of our Vegan Desserts for even more ideas.